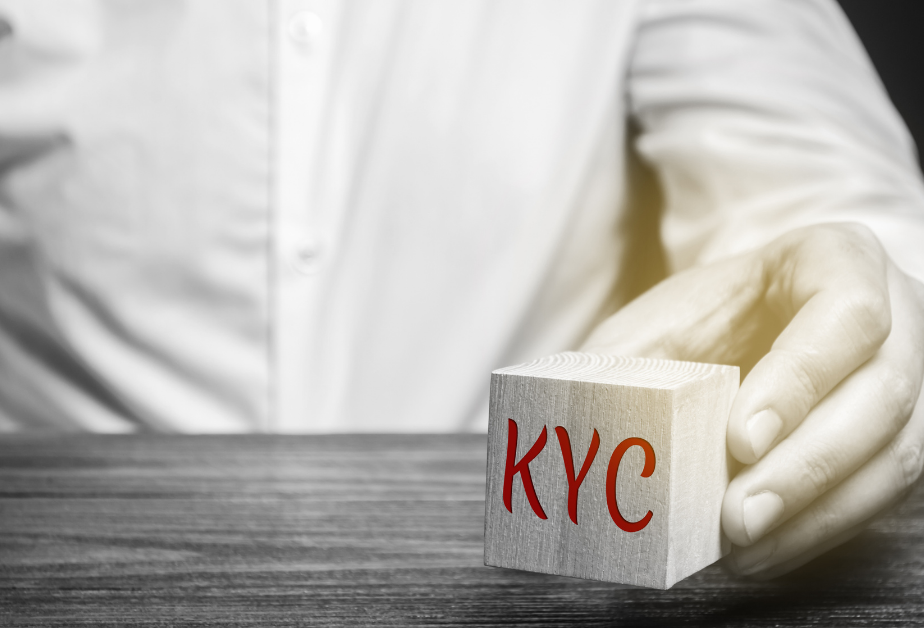 Video KYC was a distant hope just two years ago. The RBI’s approval in January 2020, quickly followed by the pandemic, accelerated its adoption in the BFSI space. Today, video KYC is more than just a platform for remotely onboarding customers in a compliant manner. It is the bedrock of the industry’s customer experience, product expansion, risk mitigation, and business growth.

From its nascent to its current state, video KYC has undergone a fascinating evolution. Each improvement was designed to make it more adaptable and increase conversions.

In this article, the two-year journey of video KYC depicts how it has aided financial inclusion, facilitated our digital lives, and shaped a new normal. It is necessary to look back in time in order to appreciate what the future has to offer.

KYC went digital, but not quite remote

Prior to 2020, several methods of digital customer identification existed, but each had its own set of drawbacks.

For instance, certain mandates in regulations for Aadhaar KYC authentication down-scaled its adoption. It could only be used to open a deposit account or issue a term loan of a balance less than Rs. 1 lakh and Rs. 60 thousand respectively. Moreover, such accounts had to be regularised by furnishing full KYC documents within a year of its opening.

On the other hand, digital KYC, as defined by the RBI, was not entirely digital in nature. It required a manual procedure of printing the digitally signed CAF (Customer Application Form) and the customer’s physical signature on the same. It also called for the customer’s physical presence at the RE’s (Regulated Entities) office or vice versa.

Since the middle of 2019, there had been speculation around video KYC entering the market soon. It would meet the industry’s needs for digital interactions and verification solutions.

Things changed for the better when RBI released its ‘Amendment to Master Direction (MD) on KYC’ on 9th January 2020. The notification officially recognized another method of conducting the KYC process – Video-based Customer Identification Process (V-CIP) more commonly known as the Video KYC. 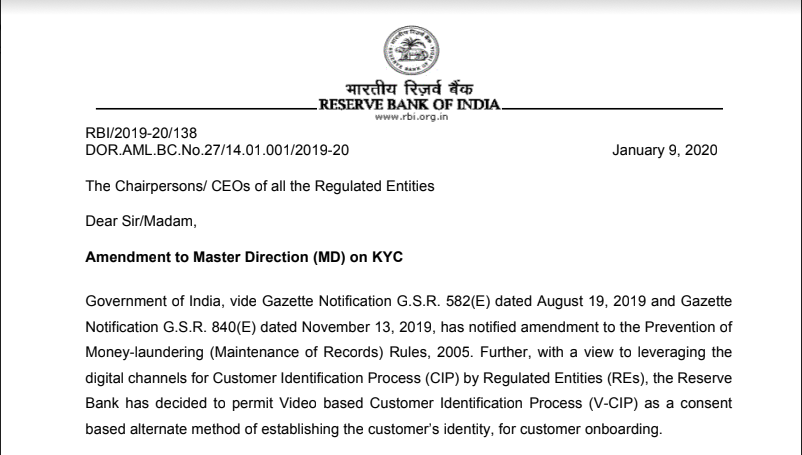 Banks were at first hesitant to transition from their trusted physical fool-proof KYC verification process to a digital method. Doubts about the scalability of video KYC, its performance, ROI, and so on engulfed their minds. All of this combined to prevent them from implementing a digital verification model.

It was also a welcome relief for RE’s seeking a viable alternative to other recognized KYC solutions. Thus, it removed the drawbacks of extant KYC processes by allowing customer onboarding without their physical presence.

At the time, the nation was yet to feel the full force of the COVID-19 pandemic. The nationwide lockdown in March 2020 transformed video KYC from a curiosity to a necessity. It grew a pressing need for remote customer service, thereby hastening the adoption of video KYC. Banks and financial institutions began planning for the next phase of their digital initiatives.

The early days and the initial challenges

From bank officials to solution providers, everyone worked hard to turn the corner. It was difficult to get the new-age onboarding systems up and running in a complete pandemic-remote environment.

HDFC Bank, in collaboration with IDfy, announced the launch of its Video KYC facility on 17th September 2020. The then biggest video KYC implementation in the country. Prospective customers could open a full KYC account in just a few minutes from the comfort of their own home or office.

Later on in a flurry, several banks and regulated entities took to video KYC for remote, safe, and paperless customer onboarding.

Given the number of security constraints that banks and financial institutions face, several digitization challenges popped up. Banks faced technical and operational challenges such as remote employee training, running operations, testing systems for efficiency, etc. Despite the fact that smartphone penetration in India reached 54% by 2020, banks and KYC solution providers faced difficulties. The most significant barrier to bringing Indian customers onto the digital platform was their lack of trust in digital solutions. Customer drop-offs increased as a result of fluctuating networks, poor image quality, as well as limited agent training.

Soon it became imperative for regulated entities to understand the capabilities required to successfully deploy a video KYC solution.

“One of the key challenges that we faced in the initial days was how to build a video platform that is robust across varying network bandwidths. Customers who used to call from relatively poorer networks experienced frequent drops that made their entire experience sub-optimal.

We closely monitored every video call to evaluate key parameters and optimized the resiliency of the platform based on these parameters. It was a great learning experience for us and over a course of multiple iterations, we were able to build a video platform that was able to render a uniform and seamless KYC experience for all customers ranging from tier 1 to remote tier 3 cities.”

The last year that was, in 3 major developments

A plethora of data insights gained from initial operations aided solution providers in improving their systems. A series of trials and errors paved the way for platform developers to maximize the potential presented by them.

Following changes were brought in the platforms over the course of the last year:

For the uninitiated, conversions are those leads that have completed their video KYC process and have been onboarded as customers. It might not be as obvious, but the recipe for conversion begins much before a call even begins. We can divide innovations into three logical buckets: pre-call, on-call & post-call.

Once the dust settled a bit and companies got a clear understanding of video KYC and its usage, they started to recognize the benefits of the process.  The video KYC innovations have paved the way for truly remote onboarding of customers across multiple industries. Onboarding has been made possible from far-flung locations ranging from Arunachal Pradesh to Andaman & Nicobar Islands.

The above heat map showcases all the calls that were made on IDfy’s video KYC platform since financial institutions first started their video KYC operations in 2020.

Even though connectivity existed in the Indian territory, bandwidth proved to be a barrier to the adoption and growth of video KYC in India’s smaller towns.

More than 40% of successful video calls use less than 80 kbps of bandwidth.

To address this massive infrastructure challenge, the updated video KYC solutions enabled calls on low bandwidth to be connected and completed. By dynamically adjusting to the network fluctuations, they ensure that the call is carried out at a minimum bandwidth requirement. This has aided in expanding to non-metro regions of the country, where network fluctuations are common.

Initially, only a few private banks used video KYC for simple onboarding use cases. Many different types of institutions have joined the bandwagon and are stitching digital journeys over video.

RBI’s recent KYC norms have introduced new use cases that were previously untapped by V-CIP. MSME lending, corporate lending, and current account opening have all been open to the digitization and can now be completed over video.

Verification in a contactless world

V-CIP arrived at an ideal time, giving banks, NBFCs, e-wallets, and digital payment providers an opportunity to change the way KYC is done.

With the rest of the world following in the footsteps of digital transformation and redefining customer service expectations, it was time for the Indian financial sector to call the shots. The growing need to reduce manual errors, improve customer service quality and lower costs has resulted in significant progress in the e-KYC industry.

It has led to substantial financial inclusion whilst also easing the verification process for a wide range of use cases. As customers and prospects continue to seek convenience, video KYC has evolved into a way of life – the new normal.

To schedule a demo with IDfy, please email shivani@idfy.com or fill out the form here.