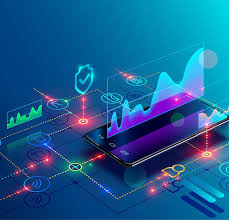 A recent article in the Mint talks about how the fintech and payments industry is considering artificial intelligence (AI)-based solutions for fulfilling e-KYC.

An obvious aftermath of the September 26 Supreme Court ruling barring private enterprises from Aadhaar-based e KYC verification. And it may, yet, prove to be a blessing in disguise for an industry that had gotten used to the super-efficient e KYC process.

An internal study at IDfy had revealed that it costs Rs 1 Crore to do physical KYC for the first 1 Lakh customers compared to Rs. 15 lakhs with Aadhaar-based eKYC. That’s the difference between a profitable start-up and a bankrupt one.

So, obviously, going back to physical KYC is not an option. Nor is not complying with the norms. To innovate is the only way forward.

It’s moments like this that force an evolutionary jump where only the fittest survive. And from the Mint article one can infer that the race for survival is on.

Recent customer traction at IDfy validates it too.  Our AI-based systems around identification and facial recognition technologies are rapidly being piloted and adopted by industry leaders including 40 digital lending players and 2 of the largest telcos, one of which is the largest KYC roll-out in the country.

We are also closely witnessing regulators exploring solutions. We’ve been invited to present to the Reserve Bank of India (RBI) and the Payment Council of India (PCI) on how technology can help meet compliance norms. We are in the PCI’s Thought Leadership Committee on Regulations and are designing the regulatory recommendations that PCI would take to RBI.

It’s now clear that having strong e KYC verification capabilities without external dependency will be useful in the long run.

Early signs are encouraging. And entrepreneurs are survivors. So we are betting on the Indian fintech industry using this supposed stumbling block as a stepping stone.

To know more about our solutions or to set up a demo, email to shivani@idfy.com

IRDAI Regulations for KYC in the Insurance sector, 2022

How to choose a partner for DigiLocker KYC